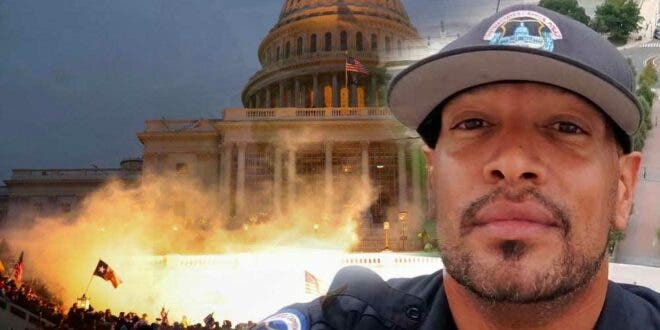 Scott Dworkin speaks with Capitol Police Officer Harry Dunn. Officer Dunn will be one of the first officers called to testify in front of the House Select Committee investigating the January 6th insurrection against Congress. Here is Part 2.

Last night, the most-watched right-wing extremist Fox News opinion host mercilessly attacked him for having personal, political views so we advanced the release of this first part of a gripping two-part interview with Officer Dunn so the public can learn more about him as a person and as a cop.

This podcast is also what America needs to learn about the people who invaded the Capitol to end our country’s unbroken chain of peaceful transitions of power by seditiously stopping the final electoral college vote from the officer’s firsthand account of the nakedly open racism he had to endure. Here’s an excerpt:

“Politically, when you’re out there doing that job, you don’t think about anything except for doing your job effectively. I’ll see congressmen who’ve made statements about January since then. I disagree with that at that moment. When I see them, I don’t immediately think ‘Oh, yo, you the one who’s thinking?”

“No, I’m just like, ‘Hey Congressman, good to see you.’ And then like afterward, I’d be like, ‘wait a minute.’ But my initial instinct is to do my job and make sure that everybody’s good. I can have my political beliefs, you know, outside of doing my job but it doesn’t affect me doing [the job they need and all. Like I said, I take pride in it and doing my job.”

@grantstern
Previous Author reveals the story behind Obama calling Trump a “corrupt motherf**ker”
Next “Worst day ever.” How a Capitol Police officer fought off the January 6th insurrection