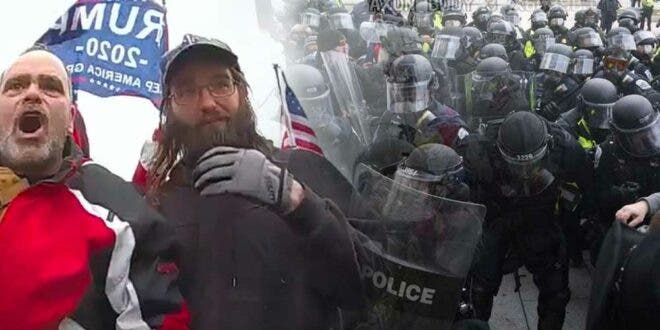 Scott Dworkin speaks with Capitol Police Officer Harry Dunn (part 2). Officer Dunn will be one of the first officers called to testify in front of the House Select Committee investigating the January 6th insurrection against Congress.

In the first half of our discussion, Officer Dunn told us about his background as a football player, who is close to earning his master’s degree and wanted to give back to his community by working in the field he’d always dreamed of pursuing: being a cop. We left off just after he told us about the start of what he calls his worst day as a police officer which he described succinctly as “the worst day ever.” Here’s an excerpt:

“It was crazy, man. One time I was [in a]… hallway off the rotunda and I’m sitting there and one of my coworkers—we’re looking at each other she’s over there and she’s watching me getting berated by these people—and like, I was kind of protective mode, like taking the blows. ‘Hey, y’all come over here. I got it. What’s up. Y’all talk to me, leave her alone.’

And I remember seeing a team, six or seven people go by in military gear and I think there’s the back of her pants said like ATF. And I was like, ‘thank fucking God.’ These guys are here. Help is here.

Like everybody asks, like, ‘how did it end?’ What did y’all do [differently]? We got more help. That’s what, that’s how it ended. We did it. Wasn’t some magical grenade that you see in like movies or something like, ‘Hey, air support is here.’ No, that’s not what happened. We got more help, more officers came.

Even people that I know Trump supporters, right? I remember watching this one guy [a fellow officer], he’s a Trump supporter. I mean, whacking the hell out of these guys.

“It was an attack on democracy. And if the Democrats did that or the left supporters or whatever, or the independents or Antifa [or Black Lives Matter. Anybody! Anybody that does that type of act is wrong.”