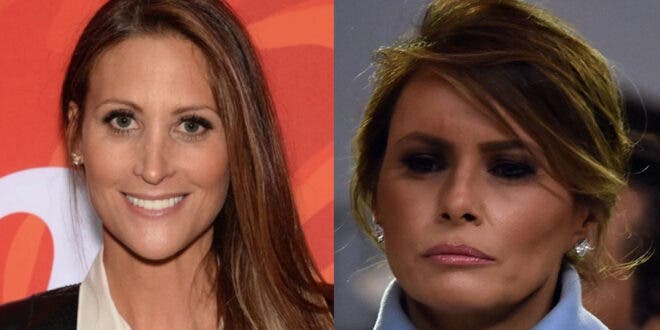 Scott interviews Stephanie Winston Wolkoff, who served as executive producer and adviser to the Inaugural Committee for Donald Trump, as well as an advisor to Melania Trump in this first part of a multi-part interview. Winston Wolkoff authored the revelatory NY Times #1 best-selling book: Melania and Me, an intimate look at her now broken relationship with the former first lady and President Trump.

Before her work with the Trump inaugural and former first lady, Stephanie enjoyed a successful three-decade career in the fashion entertainment industry where she worked as a Public Relations Manager and an Event Fashion Director for Vogue Magazine, the place where she first formed a relationship in 2003 with Donald’s then-girlfriend, Melania. Stephanie would go on to attend the Trumps’ wedding and baby shower, and lunched with Melania frequently, then considering the two to be dear friends. After Vogue, Winston Wolkoff went on to produce some of the most significant events in the world, like Fashion’s Night Out and the Style Awards. She also served as the founding fashion director for the Lincoln Center and much more.

In our interview, Stephanie explains that Melania and later Ivanka Trump asked her to join the 2017 inaugural committee. She tells us, “I was so honored to be asked. Having produced all the events that I’ve done and being a part of history – I felt an obligation. How could I say no to produce in the presidential inauguration?”

Winston Wolkoff gives our listeners an in-depth look at the inaugural committee as a chaotic array of vendors and ever-expanding budgets marching in different directions. She attempted to raise concerns about questionable spending and preparations back in 2017 but was consistently silenced by her peers.

“The Met Gala was a piece of cake compared to planning the presidential inauguration,” Stephanie went on to tell us, “It [the inaugural] was like a circus, and I didn’t realize that I was going to be the woman blown out of the cannon!”

It has been widely reported that Stephanie’s firm was paid over $26m by the committee, with $25m of that amount being used for inaugural productions. But surprisingly, Stephanie cannot confirm that any of the $1.6 million budgeted to her firm for running the inaugural was actually sent to her personally.

Stephanie revealed that many third-party vendors were actually being double-paid, outlining how the inaugural committee regularly approved frivolous expenses – like $50,000 LED screens – for the one-time event.

“That’s where… ‘red sirens’ kept going off,” Winston Wolkoff explained. “Instinctively, I know that when something doesn’t seem right, you just express it to the people that are in charge. And so I did openly, constantly.”

She also confirms, as she did to the US Attorney General’s office, that the Trump family and the family business profited from the inaugural committee. “There’s no doubt about that, Stephanie said. “The receipts are there.”