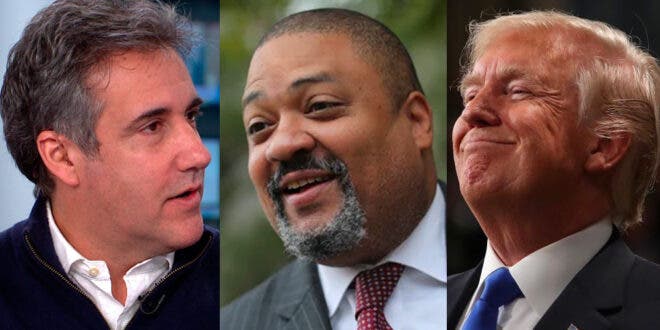 Scott interviews former Trump fixer Michael Cohen, who knows Trump’s playbook better than anybody, and tells us if he believes “the Don” will ever be convicted for any of his crimes after the Manhattan DA dropped the ball and what approach he thinks law enforcement would have to take to get it done.

But Cohen couldn’t hide the frustration at Manhattan’s newly elected District Attorney for ditching a multi-year investigation he cooperated with starting from when he was serving time for carrying out Trump’s illegal orders. As the former personal attorney for Donald Trump from 2006-2018, Cohen was also a vice-president of the Trump Organization.

Since then, Michael has come clean about his crimes committed at the behest of Donald Trump, served his time in prison, and has been one of the most prominent and poignant critics of his former boss, whom he emphatically compares to mob boss Al Capone.

“They couldn’t get him on racketeering or any of the other crimes,” said Cohen, “Instead, what did they do? They got him on tax evasion.”

“And the point was, the American people don’t give a shit what the charge against you is,” says the first prominent person inside of Trump’s circle to warn that he wouldn’t relinquish the presidency without violence.

In the second part of this interview series, Michael Cohen once again provides valuable insights to our listeners on how he thinks the disgraced ex-president can finally be brought to justice. And he predicts it won’t be the January 6th insurrection that does Trump in.

It’s one of the reasons his frustration with the Manhattan DA boiled after his abrupt decision to abandon the yearslong case while New York Attorney General Letitia James methodically carried on investigating the Trump Organization.

Michael Cohen lives in New York City with his wife and two children. He currently runs one of the top 50 political podcasts in the country, Mea Culpa, with new episodes released every Monday and Friday at midnight eastern.

@grantstern
Previous Michael Cohen just explained how Trump set up a GOP Congressman seeking a pardon
Next Inside Trump’s willful dereliction of duty on Jan. 6th with Philip Rucker