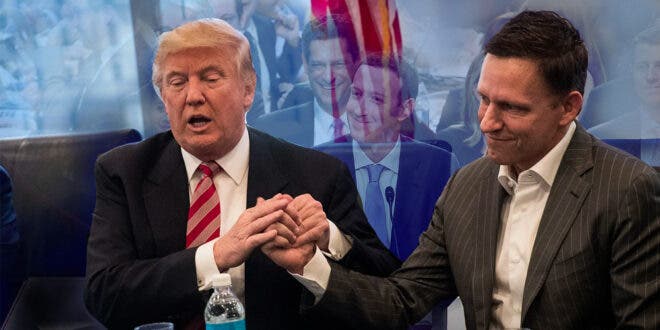 Scott talks with author and journalist Max Chafkin, who is a features editor and a tech reporter at Bloomberg Businessweek. Max is the author of “The Contrarian: Peter Thiel and Silicon Valley’s Pursuit of Power” (affiliate link), which is a biography about the enigmatic, controversial, and hugely influential power broker Peter Thiel who sits at the dynamic intersection of tech business and politics. Thiel is the co-founder of PayPal, who became a major influence in Facebook as an early investor and the founder of Palantir, a mass surveillance company with extensive government contracts.

As Max explains, Thiel went from being one of the most influential people in the tech industry to becoming an early supporter of Donald Trump and a key player in the rise of the alt-right movement in America.

Because Thiel was a significant contributor to the former President, many questioned the timing of the scores of government and military contracts that Palantir won soon after Trump was elected.

Chafkin explains how Peter Thiel was a central influence on Donald Trump’s grip on power. This was demonstrated when Thiel, a government contractor, made a political visit to Jared Kushner to build bridges between Facebook and the White House at a key moment before last year’s election. The outcome of the meeting was that Mark Zuckerberg agreed to allow Trump’s disinformation to stay on the ubiquitous social platform.

”As I report in my book, there had been an accommodation reached where Zuckerberg said that he was going to continue this policy of not fact-checking and would take a light hand against conservative media,” Chafkin explained, “and the Trump administration, in turn, would go easy on Facebook.”

We also discuss the major privacy concerns involved with Palantir, who creates the software to mine data for clients like the federal government, police departments, and banks.

“The people that are seeing [your data] are their clients,” Max said. “but then there’s the question of, do you trust your bank? Do you trust US intelligence and police departments?” He went on to say, “it’s not so much Palantir that might be violating our rights and our civil liberties. It’s their clients. But ultimately, by creating the software, you’re creating some of the opportunity to create these violations.”