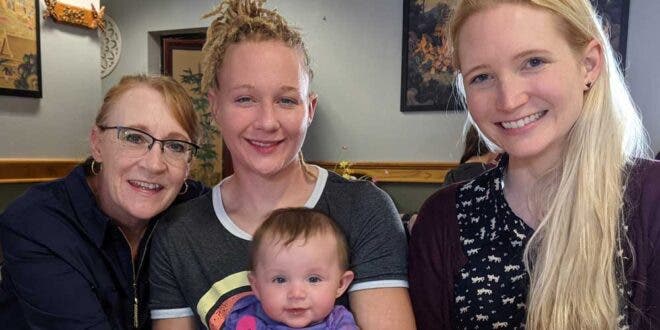 Scott speaks with Brittany Winner, whose sister Reality Winner just got out of federal prison after disclosing a classified record from the NSA revealing Russia’s attack on the 2016 election.

Besides all of the many reasons why we would interview Brittany, there is one she raised that people might not be aware of; as she explains, her whistleblower sister Reality’s body is free, but she is still muzzled from speaking to the media by the rest of her sentence and court controls.

She explained why her sister made the decision to leak records to The Intercept and what she was doing at the time she made that decision which might actually surprise you. She even explains precisely what spurred Reality Winner to engage in an act of selfless heroism in service of our country.

Here’s an excerpt of Brittany Winner’s remarks to us lightly edited for style and form:

“The one thing that gave me the most hope was realizing that Reality is still the same person that she was. I mean, there are a lot of things about her that have changed. Obviously, you see anybody who’s spent four years incarcerated or in federal prison, for any amount of time, is going to change.

And I think that the fact that Reality retained her sense of humor and that the core person that she is really gave me hope over these four years because there’s, there’s nothing worse than. Seeing somebody you love go through something terrible like that, and you can’t do anything to help them.

We felt so powerless for four years. I mean, the only thing I could do was offer support via the phone or email, or video chats. And I was very lucky and thankful that we can do that, but I wanted to get her out of there and I couldn’t. So we did the next best thing. And I tried to transport her mind at least a little bit out of there.

And what’s been great about her not being in federal prison anymore now, is that we text and constantly back and forth with me; pictures, just so many things.

And one thing that I’ve learned how it [would] be seven months after I had Indigo is it’s no longer really, ‘How are you?’ [Our relationship is more like] in the morning the text is ‘how’s the baby.’ So that’s interesting. And Reality is definitely, obsessed with Indigo, and just loves to see pictures of her every single day.”