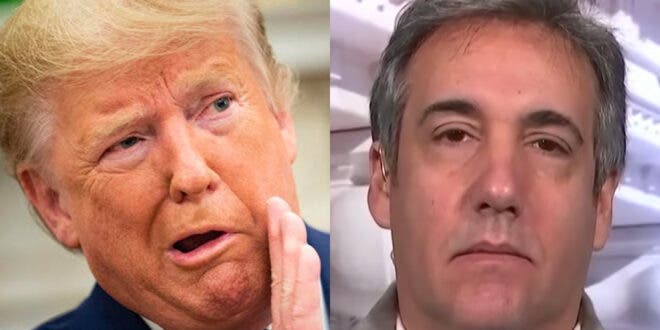 Scott interviews friend and former political opponent, Michael Cohen in part one of this two-part interview. He provided key insight into the unsavory way that the disgraced ex-president handled one of his key House Republican allies at the end of his term, soon after inciting an insurrection against the United State Capitol.

As the former personal attorney for Donald Trump from 2006-2018, Cohen was also a vice-president of the Trump Organization and was often described as Trump’s “fixer.”

Cohen was sentenced to three years in federal prison in 2019 for campaign finance violations he committed at the direction of Trump, and for lying to a Senate committee about efforts to build a Trump Tower in Moscow. Since then, Michael has been at the forefront of the opposition to everything about his former boss, whom he repeatedly emphasizes is a “mob boss.”

He also wrote a memoir about his experiences entitled, Disloyal: A Memoir: The True Story of the Former Personal Attorney to President Donald J. Trump which calls the ex-New York real estate developer “a cheat, a mobster, a liar, a fraud, a bully, a racist, a predator, a con man.” His proximity to Trump for over a decade gives our listeners a unique first-person perspective on how awful the former guy really was via Michael Cohen.

In this interview, Michael leverages his deep understanding and personal experiences to make predictions about the ongoing Jan 6 committee hearings.

Michael Cohen lives in New York City with his wife and two children. He currently runs one of the top 50 political podcasts in the country, Mea Culpa, with new episodes released every Monday and Friday at midnight eastern.