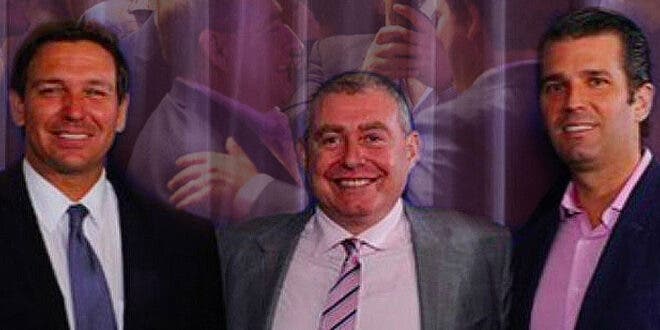 Scott and Grant interview Lev Parnas, who became well-known for his leading role in the former President’s efforts to pressure Ukraine to launch an investigation into political rival Joe Biden which led to the first of two impeachments against the disgraced former Commander-in-Chief. This is part one of a two-part interview with Parnas recorded on August 5th, 2021.

In this segment, Parnas tells the story of how he went from being apolitical to running in Trump’s inner circle.

He also explains how he came to know Ron DeSantis and reveals for the first time ever that he was the matchmaker between DeSantis and former President Trump. Ultimately, Parnas’ efforts led to an endorsement that flipped the Florida Governor’s race in DeSantis’ favor.

We also discussed his relationship with Rudy Guiliani and how that further entrenched him with the former President.

“What the hell happened to Rudy Giuliani? He used to be America’s mayor?” asked Dworkin.

“I’m going to answer that with one word,” said Parnas, “It’s what happened to our country: Trump.”

“Trump destroyed him. Trump destroys everything he touches,” explained the man at the heart of a presidential impeachment scandal. “Rudy made a big mistake. He latched onto him.”

Parnas was born in Ukraine in 1972 and his family brought him at the age of three to America, first to Detroit, and later to Brooklyn where he became a citizen. He was a student at Brooklyn College and Baruch College. Parnas has also been involved in Jewish charities and causes in the US, Ukraine, and Israel. Lev Parnas lives with his wife and children in Boca Raton, Florida.

In October 2021, Manhattan, N.Y. jury convicted Parnas of five charges that he made illegal campaign contributions to influence U.S. politicians and advance his business interests. He plans to appeal the verdict.