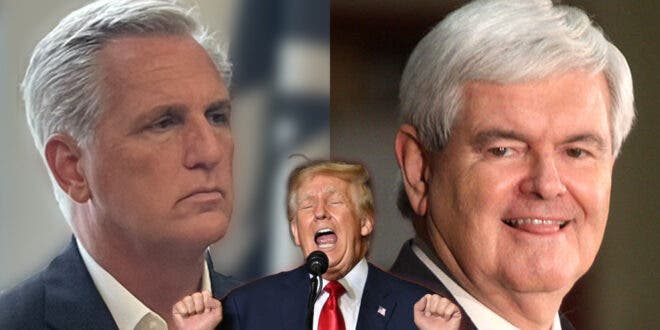 Princeton political history Professor and CNN Commentator Julian Zelizer returns to the Dworkin Report to discuss his book, Burning Down the House: Newt Gingrich, the Fall of a Speaker, and the Rise of the New Republican Party about former House Republican Speaker Newt Gingrich and the modern Republican party.

Professor Zelizer tells us how Gingrich’s rise to power in the Republican party was the turning point that led to the birth of the Tea Party movement, the catastrophic Presidency of Donald Trump, and the modern toxic GOP.

Zelizer gave us a breakdown of how it all ended for Newt Gingrich and what it can teach us about modern Republicans as we head into the 2022 midterms.

“If you go back to the eighties, the Reagan years, and you look at Gingrich and what he was doing on Capitol Hill, you see this new style of partisanship, from vicious takedowns of opponents to the use of any kind of toxic language that one wants to the constant prioritization of partisanship over governing,” says the Princeton professor. “This is now deeply embedded in the DNA of the GOP. And you need to understand that to make sense of why [Trump’s] support among Republicans remains pretty strong.”

We also discuss Newt’s “Contract with America,” which never materialized into actually passed laws but helped Republicans in the 1994 elections.

“It was a gimmick. A series of promises that focused on an eclectic mix of anti-politics, conservative law and order, and fiscal conservative promises,” says Zelizer. “And then it became a problem because after Republicans do take over, they’re unable to pass almost any of it. So it becomes just a reminder of what they didn’t do.”

This interview explores how Newt Gingrich’s GOP, over the course of a decade, rid the party of the inconvenient ideas that governance matters and that politicians have a responsibility to make sure our institutions work. Through political theater and criminalizing Democrats, Gingrich showed modern Republicans how to weaponize governance and partisan attacks. In many ways, it was the Georgia Republican’s hypocritical actions that laid the pathway for Donald Trump to take over the Republican party today.

Julian E. Zelizer is a Professor of History and Public Affairs at Princeton University. Zelizer, a CNN Political Analyst and NPR contributor, is the author and editor of 24 books on U.S. political history. You can follow him on Twitter @JulianZelizer.

Here’s his last appearance on the Dworkin Report: