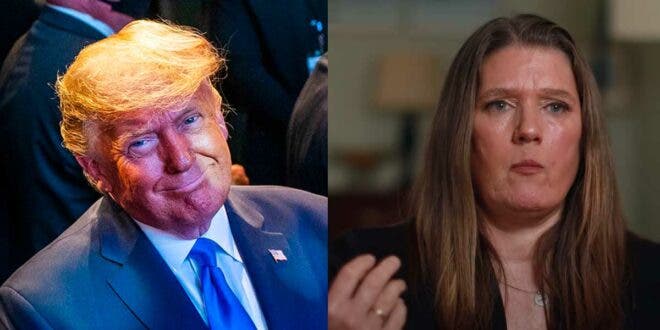 Scott talks with Mary L. Trump in this fascinating and wide-ranging interview. Mary told us about the details of her NY Times #1 bestselling book “Too Much and Never Enough: How My Family Created the World’s Most Dangerous Man” including why she went public. We also asked Donald Trump’s niece for her insights into his failed coronavirus response, which she calls “criminal,” as well as NBC’s decision to air a town hall last week when her Uncle backed out of the formal debate because as she says, he is a “coward.”

“When Mitt Romney got taken to the woodshed for saying to somebody he was debating, ‘I bet you $10,000,” because he was such an out of touch elitist,” said Mary L. Trump about last week’s dueling town hall debates. “And now here’s Donald who probably doesn’t have 10 bucks in the bank saying [owing] $410 million isn’t a lot of money.”

“What I worried about and have thought for a long time is that the worst possible scenario would be if he got COVID-19, but either had a mild case or a moderate case from which he recovered quickly,” says the President’s niece about his recent illness that forced him to go to Walter Reed hospital for experimental medical treatment. “And that’s exactly what happened. [T]he reason I thought that that was going to be disasters because of what he did afterward, telling people that they should not let COVID-19 dominate their lives. That.”

Disclosure: This post uses affiliate ad links. Simon & Schuster is the distributor for the Meet the Candidates 2020 Book Series written by this podcast’s host and producer.

Scott Dworkin is the host of the Dworkin Report and a founder of the Democratic Coalition.
Previous Meet the journalist who asked Trump if he “regrets all the lying” to the American people
Next Pelosi: “Republicans want to take away your healthcare. Vote to save it!”