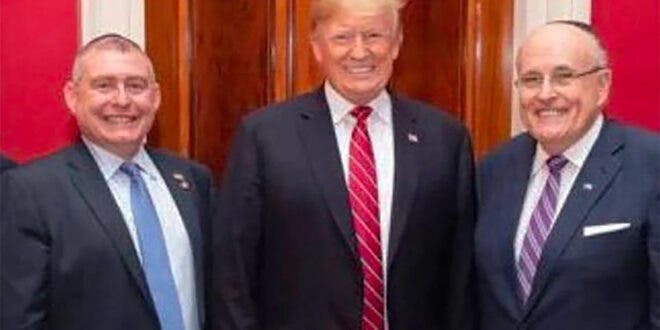 Scott and Grant interview Lev Parnas, a former political associate of President Trump and a close confidant to his lawyer Rudy Giuliani. This is the first part of a special two-part interview with Lev Parnas, who revealed some stunning, never before known facts to us and our listeners exclusively.

In this first installment, Parnas details precisely who linked the former President’s lawyer Rudy Giuliani directly to a group of Russian agents in Ukraine, who in turn ultimately got sanctioned by the U.S. Treasury Department for interfering in the 2020 election.

And he leveled a serious allegation about former Vice President Mike Pence’s involvement in the Ukrainian quid pro quo that led to Trump’s impeachment. What surprised me is that Parnas says the Trump administration pulled off a dirty deal with the former president of Ukraine and got away with it. As Russia threatens an invasion of the independent nation of Ukraine, this is a major insight for the way Putin took advantage of Trump’s time in the Oval Office.

Lev Parnas is an American citizen, born in Ukraine and raised mostly in Brooklyn, New York who started selling real estate in the 1980s with Fred Trump, and as he explains in this podcast, that backstory and some political donations proved to be his springboard into the former president’s inner circle. But what Lev Parnas is most famous for is his refusal to keep quiet when Trump’s failed international extortion scheme to squeeze political benefits from the president of Ukraine became public.

Perhaps nobody would’ve learned the scope of the official misconduct emanating from the White House in 2019 had it not been for Parnas’ brave truth-telling, despite an outstanding federal indictment that went to trial after we recorded this podcast last summer. A Manhattan jury found him guilty on all 5 counts 11 weeks after this interview, but he plans to appeal the verdict. But anyone who has followed Lev Parnas’ story knows that he has always spoken truthfully in public about his political relationships, and often, he has shown the receipts.